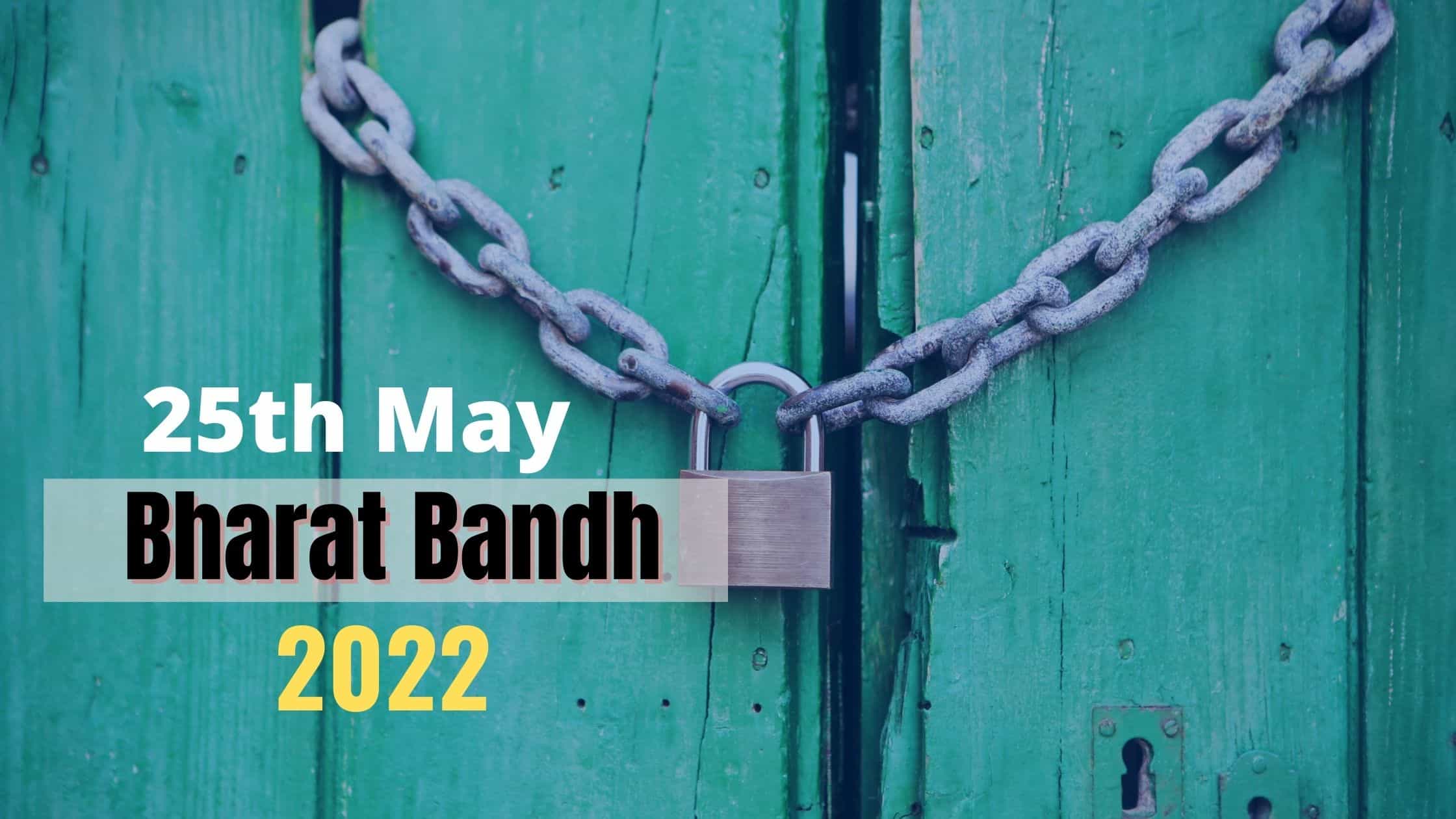 25th May Bharat Bandh 2022: On May 25, thousands of protestors are expected to flood the streets of India under the aegis of the Bharat Bandh, or India Shutdown. The protest is being called over several demands including caste-based census, scandals around EVMs in elections, and reservation in the private sector, among others.

In 2022, the country will shut down on May 25 in response to a demand by the All India Backward and Minority Communities Employees Federation (BAMCEF).

The Bharat Bandh is being called because the Central Government refused to conduct a caste-based census of the Other Backward Castes (OBC), said Neeraj Dhiman, Saharanpur District President of the Bahujan Mukti Party (BMP).

He also raised issues related to the use of electronic voting machines in elections and the non-implementation of reservations for the Scheduled Castes, Scheduled Tribes, and Other Backward Classes in private sectors.

Bharat Bandh on May 25: People want to make the bandh a success

He said that certain forces are trying to create a divide in the country before the Bharat Bandh and are trying to distract especially the OBCs so that they cannot join the movement.

There are multiple of reasons for 25th May Bharat Bandh. Here are the complete list of the reasons read carefully and learn Why there is Bharat Bandh on May 25?

The demands of the protesters include:

1. The Central Government of India has never conducted a caste census based on the system of OBC (Other Backward Classes).

2. Reservation for SC/ST/OBC in the private sector.

3. To introduce a law that entitles farmers to a minimum support price for their produce.

4. The recent concerns over the security of EVMs and their ability to be tampered with in elections

5. Against the displacement of tribal peoples in favor of environmental protection

6. For speaking up against the NRC/CAA/NPR

7. For the resumption of the Old Pension Scheme

8. Demand for the separate electorate in OBC reservation in Panchayat elections in Odisha and Madhya Pradesh.

9. Protection against the COVID pandemic’s labour laws that were secretly made against workers.

10. Rather than forcing people to get vaccinated, it would be better to educate them on the importance of vaccination.

The Bahujan Mukti Party has also voiced support for the bandh. Its president DP Singh urged the people to make the bandh successful by shutting down businesses and public transportation. People willing to participate in Bharat Bandh have been running a campaign on social media to spread awareness about it.