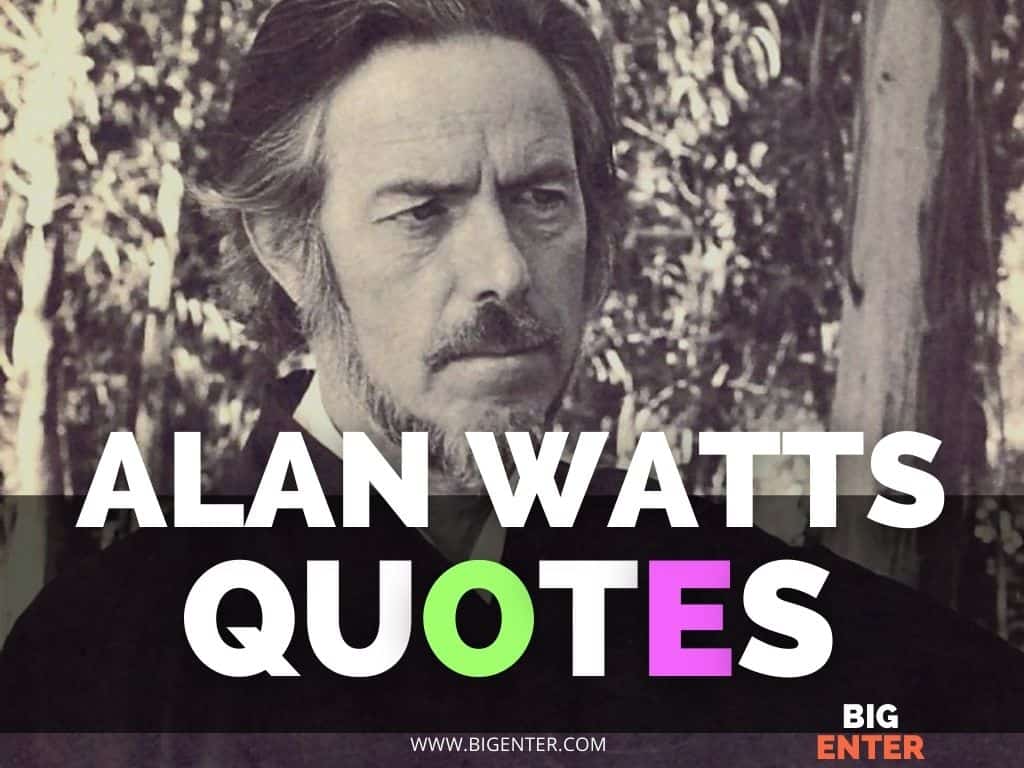 Alan Wilson Watts was a philosopher, writer, speaker, and prominent member of the counterculture movement. He was one of the first and most articulate exponents of Eastern philosophy to speak to Western audiences.

His popular and critical works attracted a wide following among the American hippie generation.

Alan Watts quotes are consistently among the most shared across multiple social platforms, so I’d say there is some interest out there.

Read the quotes of the late Alan Watts on the nature of spirituality, consciousness, humanity and God.

“To have faith is to trust yourself to the water. When you swim you don’t grab hold of the water, because if you do you will sink and drown. Instead, you relax, and float.” –Alan Watts

Here are some more amazing quotes by Alan Watts. Read these life quotes and you will learn a lot about your life.

“Man suffers only because he takes seriously what the gods made for fun.” –Alan Watts

Get in the flow of life! Here are the best quotes by Alan Watts on life, god, happiness, universe, death, time , love and lots more.