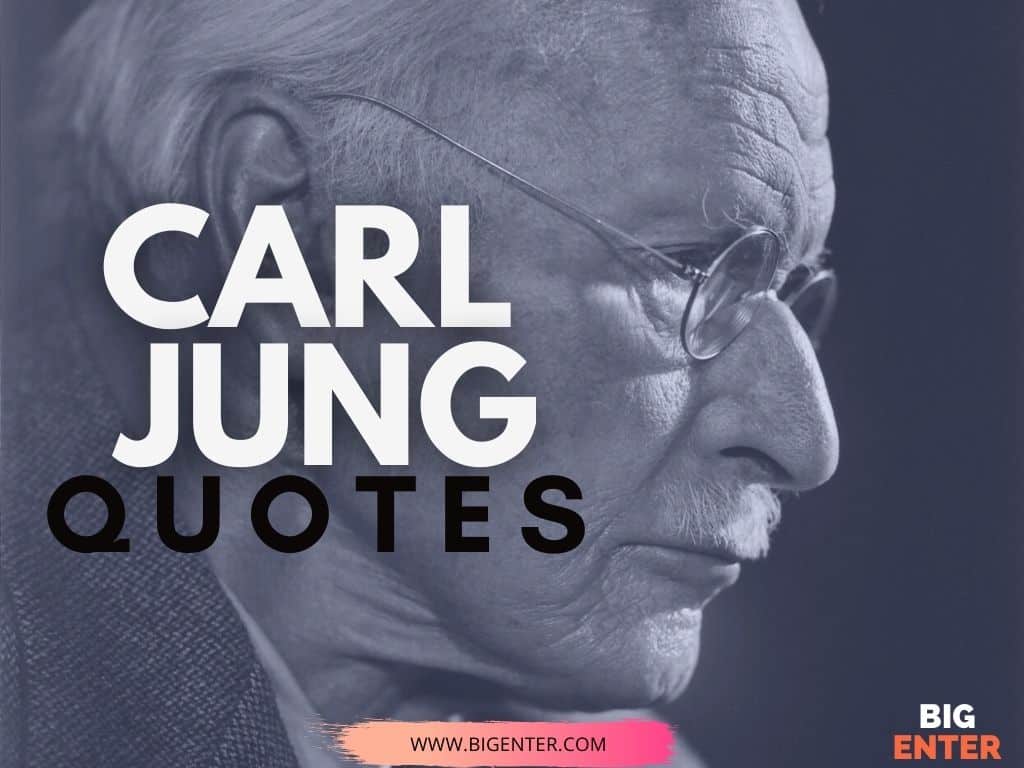 Carl Jung, one of the most influential figures in the 20th century, was a Swiss psychiatrist who developed the concept of psychological types, advocating that people should be aware of their own psychological type to help cope with problems.

Quotes by Carl Jung will help you to learn more about his thoughts and concept. Here, in this post, you will find a collection of his best quotes and sayings.

Many times it’s difficult to understand our own thoughts and feelings. Psychological concepts are not self-explanatory, but Carl Jung explained these concepts clearly in his own words. You can learn a lot about yourself by deeply reading his quotes.

Jung wrote extensively about synchronicity, collective consciousness, and the role of the mother in determining human personality traits.

His work has been influential among millions of people around the world for over a century. Here are some of his most notable quotes and sayings.

“Midlife is the time to let go of an overdominant ego and to contemplate the deeper significance of human existence.” –Carl Jung

Quotes by Carl Jung can help you express your feelings, boost your mood and inspire yourself. The following list contains famous quotes often said by Carl Jung. This is a collection of his most profound quotes and sayings.

“The healthy man does not torture others – generally it is the tortured who turn into torturers.” –Carl Jung

This collection includes some of his most famous quotes on a variety of topics, such as relationships, consciousness, and introspection. It is meant to provide inspiration for those who seek meaning in life and an understanding of the human experience.

So I hope these quotes by Carl Jung help you a lot and you got totally a new experience from here.