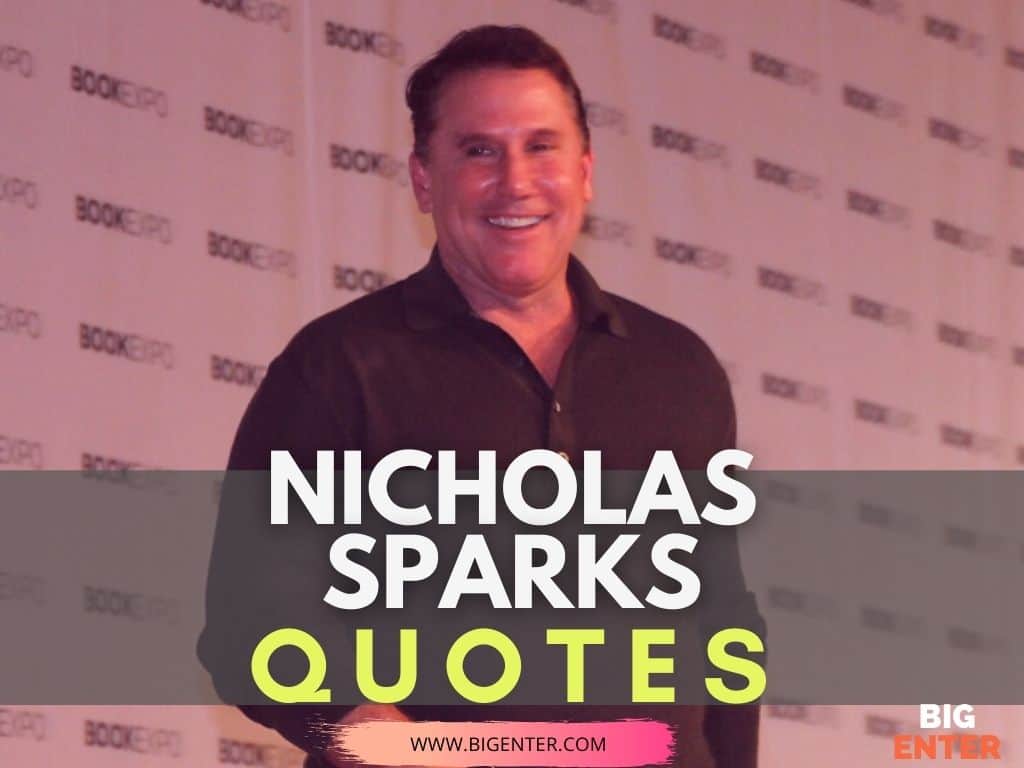 Inspiring and touching quotes by Nicholas Sparks, an American author, and screenwriter known for his novel The Notebook and more than 18 novels.

Quotes By Nicholas Sparks is a collection of illuminating and life-changing quotes from one of America’s most beloved romance authors.

These amazing quotations will resonate in your soul and inspire you on your journey.

You love Nicholas Sparks. There’s just something about his words that unlocked a place in your heart.

Savor each of the words with one of his books and share with your best friend – who also happens to be in love with Nicholas Sparks.

Love holds a special place in our hearts, as it does in all of Nicholas Sparks’ novels. Here is a collection of his love quotes that will both educate and motivate you.

“Spending time with you showed me what I’ve been missing in my life.” –Nicholas Sparks

Nicholas Sparks writes emotional tales about the power of love, hope, passion, and family through all stages of life. His novels have made their way to readers’ hearts in many ways

These quotes by author, Nicholas Sparks will uplift your spirit and remind you of the power of words.

Read Quotes is the largest collection of quotes by Nicholas Sparks. Quotes that help you express your love for the ones you care about, and show your admirers how deep your feelings go.

Use these quotes in conversations with one other, or scroll through them for a daily dose of inspiration.